An update for those of you who drop by here on a regular basis:

You may have noticed the blog slow down a little of late. That's certainly not for lack of writing on my part. There are a few projects coming up in the next month or two that I can almost-but-not-quite announce just yet. In the meantime...

You can still catch me every day writing "The Daily Sky" for Sasstrology.com.

Also... more good news! Above and beyond this blog, you can also catch me twice a week at Astrology.com writing my new blog about love, dating, and astrology!

...and I'll still be here on occasion while I continue to work on The Other Big Thing(s) I Can't Mention Yet.

I love building a sense of drama.
Posted by Matthew The Astrologer at 4/20/2009 11 comments: Links to this post

Greeting Cards From The Cardinal Signs Of The Zodiac

( Your mail from the other signs is here. ) 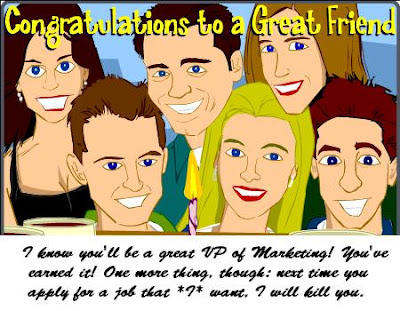 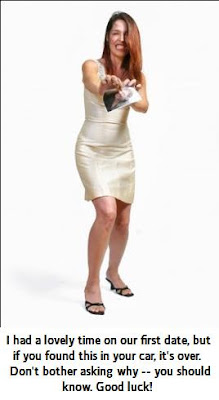 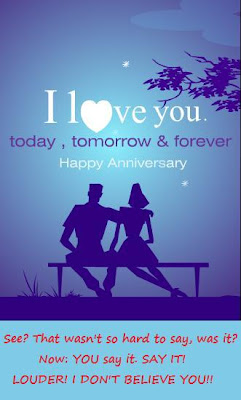 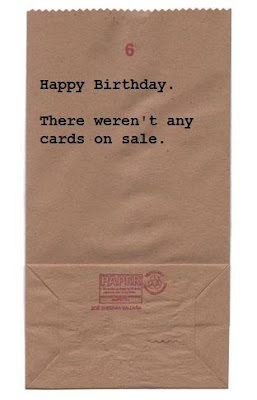 American Pigeons: A Story About Saturn In Virgo (UPDATED) 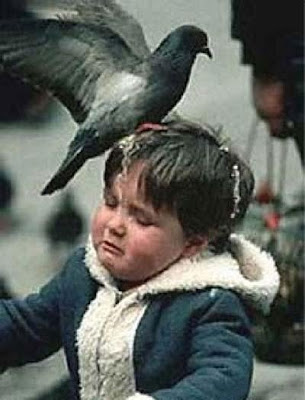 (Just when you thought it was safe to go back into the water... Saturn has retrograded back into Virgo. The advice in this entry all still applies, and you can read the update HERE. Stay calm!)

I was born and raised in Canada, which in most respects is more like America than it is unlike America. But there are certain interesting differences. Like, for example... the pigeons. In both countries, pigeons can be found in any major city, bobbing along and picking at the wreckage left by humans and generally provoking anger at their tendency to crap on things.
In an urban setting, pigeons make an interesting metaphor for the functions of a Saturn transit. Saturn itself is often associated with the detritus pigeons pick off the street. Saturn also has a lot to do with excrement -- both literally and figuratively.
Although they are essentially the same birds performing the same function in both countries, I have noticed one distinct difference between the birds in the two countries:
American pigeons don't keep out of your way.
Canadian pigeons tend to leave a respectful distance between themselves and the foot traffic they encounter every day. American pigeons, on the other hand, seem to take a certain delight in pushing their luck. They're more "in your face." They still get out of your way, of course, eventually -- cockiness only goes so far as an evolutionary strategy -- but they are more blatant. And, as a result, they provoke a greater response from the average person. In America, one is much more likely to hear pigeons referred to as "rats with wings." I don't recall a Canadian ever getting annoyed with them to the same degree.
Saturn is on its final swing through Virgo now, where it has played hell with a lot of people's lives since 2007. There will be a brief retrograde return visit in 2010, but for the most part -- we're done with it. In October Saturn passes into Libra, which may not be great news for Libras -- but it is the sign of Saturn's exaltation, so for many it will be a more comfortable fit.
In my experience, however, it's the time when Saturn is passing through the end of a sign is that the difficulties of the last two years may not be necessarily worse... but somehow they are more obvious. In other words... those damned pigeons aren't getting out of the way very quickly or easily.
Be brave. We only have a little further to go. Don't kick at those pigeons... they'll be out of your way soon enough.
Try the September Special! A full-blown astrological consultation for ONE THIRD the regular price! Write me with your date, time, and city of birth here for more details.

Venus, Mars, And Uranus Conjunction In Pisces, And Its Possible Effects On A Strained Relationship: A Case Study 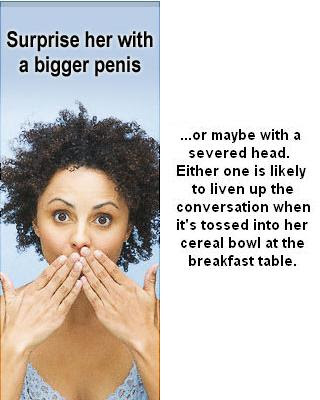 How To Annoy An Astrologer

There have been times when I've been out at a party or a bar or some other social occasion and I'll meet someone new, and they discover that I am an astrologer. Sometimes... often with painful regularity... the first thing this person will ask me is "What Sign am I?"

Thus far I have (fortunately) resisted the urge to respond with something like "If I was a doctor, would the first thing you ask me be 'What's wrong with me?'"

Because that, at least, I would have a quick answer for.

***
Former (and probable future) celebrity train wreck Britney Spears appears to be back at the top of her game, with another single on the charts and all her hair grown back in... kind of like I said she would be a while ago. Thus, today's choice rerun is...

The Britney Spears Chronicles.
Posted by Matthew The Astrologer at 4/08/2009 8 comments: Links to this post

How To Seduce A Scorpio Man 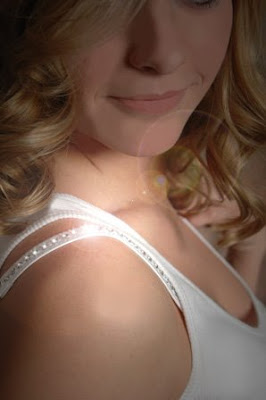 (You'll find all my new material, useful tips and a special deal on consultations at my new site, Matthewtheastrologer.com!)

If you read the quick and easy guides to the Sun Signs you find at any typical supermarket check-out, you might get the impression that the best and easiest way to get a Scorpio man into the sack is to tell him in detail about your bondage gear, your prehensile tongue, or that drunken experimentation you did with your college room-mate.

Nonsense. Sure, Scorpios like sex, but they are subtle creatures too.

Here's how to bag that scorpion: Proceed in the same way you would with anyone else. Let's say a nice dinner over lobster and wine... or tacos and mini-golf. It doesn't matter.

The one thing you should do to handle him slightly differently than other guys? Make sure your bra strap peeks out. Or... if conditions permit... a thong strap. But not both.

Preferably this strap should be red, or black, or some girly color. Or maybe a nice floral lace pattern. The point is to subtly draw attention to something that (theoretically) should not be visible. Don't make a big deal out of it.

Watch his eyes and see how long it takes him to notice this. Of course, if he is locked into making eye contact with you, you probably don't need my help. The second time you catch him glancing at your peek-a-boo lingerie show, subtly carry on with your conversation as you poke it back into place. A few minutes later, move your shoulder enough to let it pop out again. Don't repeat this too many times... two or three times should be more than enough.

The point here is to let him know that you are a woman, and that there is more going on beneath the surface. Something that maybe you'd normally hide, but you are comfortable enough with him that you don't mind him knowing it. That, and there are only a few millimeters of fabric between him and The Promised Land. And if he plays his cards right, you'll give him a guided tour. What you do with him after this is entirely up to you. He'll think that's all up to him... but of course, you and I know better.

For further information on how to seduce a Scorpio (or anyone else, for that matter) please consult the “Let’s All Seduce Someone” episode of “Love And Sex In The Stars,” presented by Astrologydating.com!

For specific guidance on how to seduce, amuse, delight, decode, or tolerate the Scorpio (or anyone else) in your life, please refer to my Readings page, and please note my “Summer Lovin’ Special” (in conjunction with Aliza from Moonplutoastrology.com): Two astrologers and two perspectives for less than the price of one!


More about readings HERE
Posted by Matthew The Astrologer at 4/07/2009 13 comments: Links to this post

Venus Stumbles Back Into Pisces For One More Round 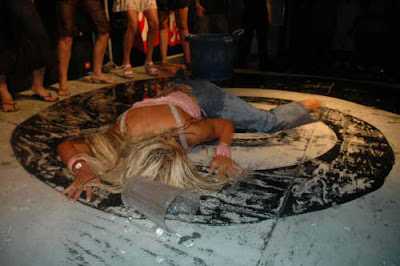 SCENE: The Pisces Bar. VENUS stumbles in through the fire exit door. Although she's just arrived, it's obvious she is already drunk. She wobbles in and stumbles into an empty chair at the table where MARS and URANUS are already sitting, sharing a pitcher of beer.

MARS: Hey sexy, what's up? You blew out of here a while ago and said you wouldn't be back.

URANUS: Yeah... you said something about Aries and "gettin' your freak on." As I recall, I approved of the concept.

VENUS: (Picking up the pitcher of beer and drinking from it directly) I am THE QUEEN OF LOVE! And I am EXALTED here!

URANUS: Okay, sister, take it easy. What's up with you?

VENUS: I've been retrograde too long boys, and it all comes to an end here! In the place I'm EXALTED baby!

MARS: You mentioned that.

VENUS: And when I station and go direct... I shine my brightest! (VENUS stands up and lifts her shirt to the crowd) WOO HOO! (A set of Mardi Gras beads flies out of the crowd and hits VENUS in the face. She puts her shirt back down and sits, one boob still exposed) Everybody loves me! I rule this place!

URANUS: Actually, Neptune rules this place. He isn't here yet.

MARS: (checking his watch) And he's taking his time about it, too.

VENUS: You guys are great... and I have some good news for you! I know I've been kind of retrograde lately, and yeah I know, that hasn't been good news for a lot of people...

VENUS: Well, today I'm back on track, baby! All of that's over with! Like Eric Clapton said... "no more bad love!"

(MARS and URANUS both stare disbelievingingly at VENUS)

MARS and URANUS: You have been drinking, haven't you?

Astrology, Morgellon's Disease, And Other Things You Shouldn't Believe In

Anyone who believes in astrology has to be nuts, right? After all... there's no scientific proof there's anything to it. Any scientist could tell you that there is no known mechanism connecting the location of the planet Neptune to your urge to get drunk, for example.

It's like those crazy people who think they have Morgellon's disease. It's a classic case of crazy people suffering from a well-understood psychological condition called "hysterical parasitosis." They think they're itchy and in pain. And, in the case of Morgellon's disease (or is that "Morgellon's Syndrome"? If it doesn't exist, does it even matter?), they think there are weird little multi-colored fibers growing inside of them making all the trouble. You see, some people are just naturally crazy and will come up with damned near anything to get attention.

Tell that to folk singer Joni Mitchell, who apparently has it.

In the meantime, astrology has been around for thousands of years and still stubbornly refuses to go away. I wonder why...?

(What else does Astrology have to tell us? CLICK HERE to find out.... and get a freebie!)