2010: The Year Of Shameless Self-Promotion

Lots of people look at their calendar at the end of the year and shake their head about how the last twelve months went, and swear to do better with them. I'm no different. In this case, I've made a resolution to be more available for private consultations, and to drop my rates.

So: if you're wondering how 2010's four Mercury retorigrades, Uranus making its way into Aries in April, or that Saturn-Pluto square are going to affect you personally... or you're just wondering if your personal life and finances are going to shape up... there's never been a better time to get in touch.

Write me with your date, time, and city of birth here for more details. And a freebie! Yayyy! Happy New Year!

Hi everyone. I'm vanishing until the New Year, but I'll be back... and in more places than ever.

There will still be the blog here, and of course there's my stuff on Astrology.com, but in 2010 you'll also be able to find my work in a new location...

Astrologydating.com is a new dating site with a difference: some sites tell you what a person's Sun Sign is, but Astrologydating.com works with your whole birth chart to suggest choices that, astrologically speaking, will really work for you. I'll be blogging about love, sex and romance there starting in January. Personally, I'm looking forward to writing for them.

The site is growing rapidly, so those of you who are looking for romance might want to sign up NOW while it's still in its free trial period. Also, by signing up now, you'll get a free Personality Profile... a good one, in fact.

And now, cheerful holiday music. See you next year! 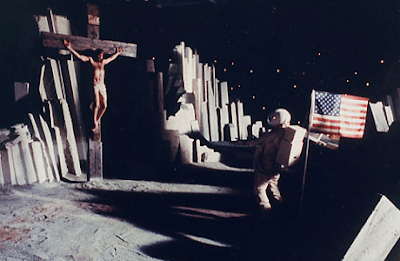 Jupiter and Neptune are approaching their exact conjunction in the sign of The Water Bearer. Emotionally, this is a difficult time for a lot of people, whether or not this or that in your birth chart is compatible with the Aquarian energy. Heck, even if you're an Aquarius it can be tricky.

I think this is, in part, because Aquarius is (by definition) not "of the Ego." That's the job of the Sun, which rules Leo, the opposite sign from Aquarius. And Aquarius is ruled either by Uranus or Saturn (if you're of a more traditional frame of mind)... neither of which is terribly "sunny" in their temperament. And Jupiter and Neptune aren't impersonal or above it all as Aquarius is so often accused of being. They demand immersion in the experience -- whatever that experience may be.

We all have an Ego. It's the part of you that says "It's me" and "why is this happening to me?" and "you never called me when I wanted you to." In the Western world, most people get their first exposure to Astrology because of Sun Sign forecasts, which makes sense in a way. After all, it's my horoscope I want to read.

And when life makes us less of a star than we want to be, it's the Ego that feels it, informed by the sensitivity of the Moon. So, with all that "not me" going on out there, things that would normally hurt can become real wounds, and real wounds can become debilitating injuries.

So, try this: if you are alone (literally or figuratively) and it seems that the Universe isn't rewarding you for your continued tenancy there... try forgetting yourself. Open your arms... the arms given to you by the chain of life that extends all the way back to the beginning... and accept what is being sent your way. Don't embrace it... "embracing" is an action initiated by the Ego. Let it flow through you. Losing yourself can be the path to finding yourself. Besides, it's hard to be alone when you're One With Everything.Being a very small being in a very large Universe can be frightening, but it can also be liberating.

And if that fails, remember: one way or another... the Sun always comes back, and it's always on schedule.

Write to me here for more details. 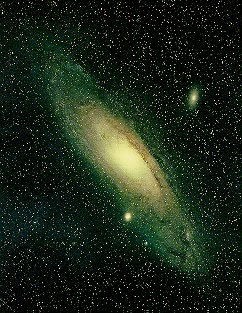 When I say I'm an astrologer, most people don't really know what the job entails, and that job varies from practitioner to practitioner. Let me tell you what I do.

I am a counselor, much like a regular counselor you'd see if there was a problem with your love life or your finances or your health or family. In many ways, it's exactly that straightforward. Unlike most standard counselors, I don't have to spend weeks or months fishing around for the finer details of your existence. I certainly don't know EVERYTHING from looking at a birth chart, but it saves a tremendous amount of time that way.

With a birth chart in place, we can figure out fairly quickly, and in detail, exactly who you are, where you're at, and where you're headed.

Here is what I DON'T do:

I don't tell you what (if anything) God, the Universe, Karma, or whatever really wants from you, or why. I don't feel it's my place to expound on these things. A doctor can tell you to change your diet or exercise more or whatever... but your doctor certainly shouldn't pass himself off as a divine, all-knowing sage. There are a lot of people in my line of work who come across this way. I'm not comfortable with that. If I was, I'd be a priest or a rabbi or something.

If your sink is clogged, your plumber may advise you to stop pouring bacon fat down the drain. If he spends 45 minutes first telling you about the bad karma you generated during a past life as a pig farmer in Atlantis, does that get the water flowing any faster?

I provide guidance and clarity and a context for life, plus an assessment of where things are going to go... both for yourself and for the others in your life.

Welcome aboard. I hope to see you come back soon. Heck, I might even make it worth your while.

And one more thing: yes, I can see your future too...
If you'd like more information on what a counseling session can do for you, or to inquire about my services, CLICK HERE... ask for your FREE Christmas surprise and discount!
Posted by Matthew The Astrologer at 12/14/2009 4 comments:

(The first episode of "Conquer The Universe With Astrology: The Radio Show" begins August 19th! Subcribe to this blog for further details... or find me on Twitter (@MatthewCurrie) or on Facebook! Hope to see you all there!)
Have you ever had that experience where you are drunk enough to do something that you know is probably a bad idea, yet still been sober enough to realize it while you're doing it? Congratulations... you have had The Pisces Experience.

The symbol for Pisces is The Fish. Or rather, two fishes, headed in opposite directions, and neither one aware of the fact that they are completely surrounded by water. Pisces people tend to be focus on the spiritual and the higher values in life. This is a nice way of saying that they aren't the most practical creatures on the planet. Pisces is naturally in tune with spiritual concepts like karma. They are the kind of people who can empathize with a dog about its mishandling as a puppy while that dog is biting them. This quality tends to make them natural "jerk magnets." On the upside, they are wonderfully compassionate lovers and companions: just ask any jerk.

Fish folks love fantasy and adventure tales, and they have a peculiar gift for turning their lives into fantasy adventure tales. Unfortunately for Pisces, there is a shortage of magic wands and Lost Arks lying around to bring these stories to a successful resolution. Thus Pisces will often invest a lot of their time and energy into alcohol and/or drugs, which usually provide a much more predictable resolution than “real life” ever could.
***